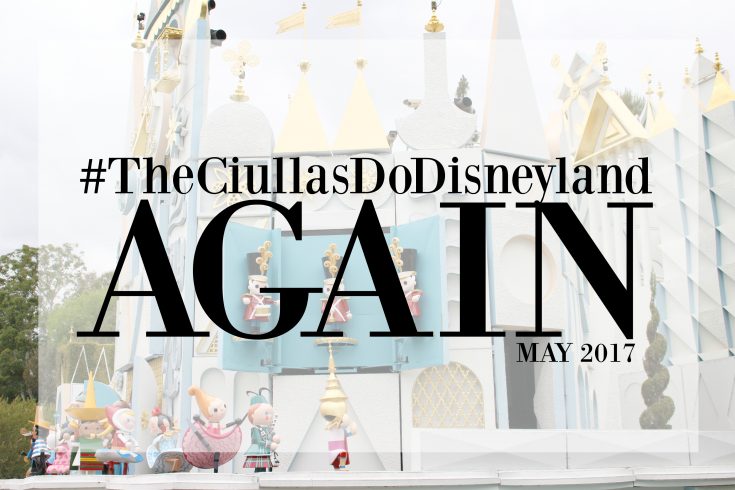 Remember when I told you we were going to Disneyland again? And remember when I told you I had something super fun planned to reveal the family trip to Sofia and her cousin Max? And I’m not sure if I also mentioned to you, but you should also know I have a horrible sense of “drawing the line” and often go overboard in the whole excitement and reveal…

And because none of it actually happened unless you document it (am I right?), we have photographic and video evidence that I love watching over and over again but also proves going overboard is “my thing”.

FOOD: Make your own Waffles and Yogurt Parfaits, paired with ALL THE BACON
PLAN: Wait for a call from Mickey Mouse via Skype (as you do!) and get a personal invite to Disneyland, open up special packages and celebrate (with bacon)! 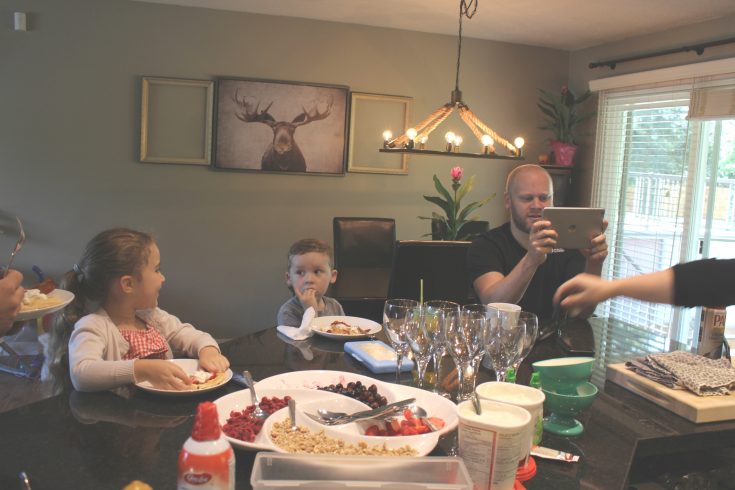 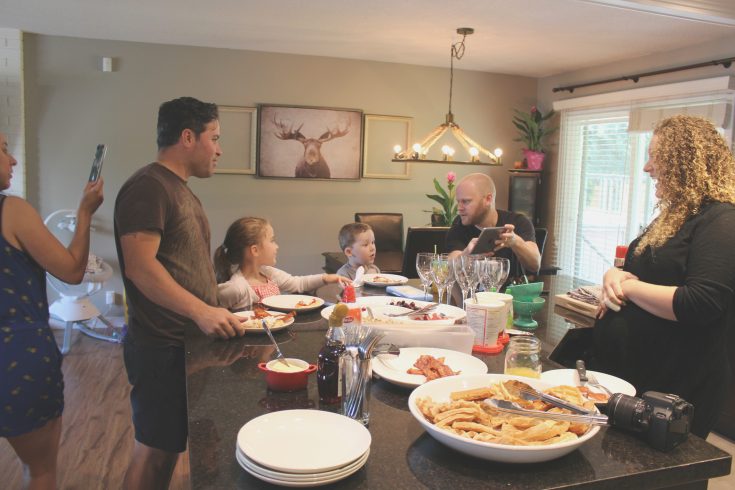 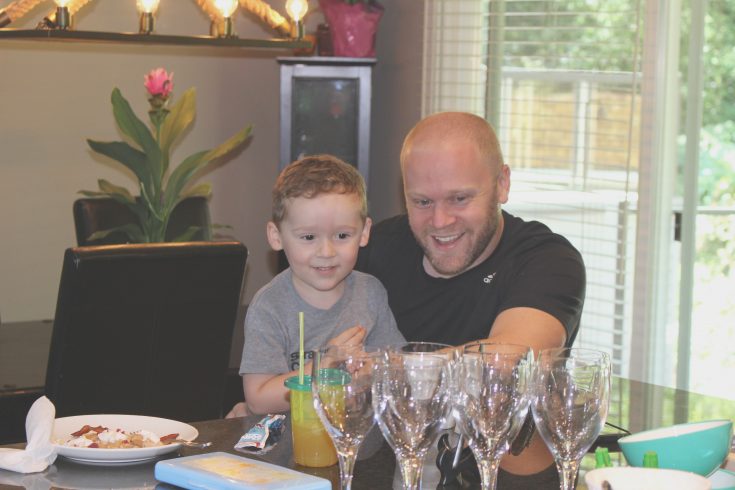 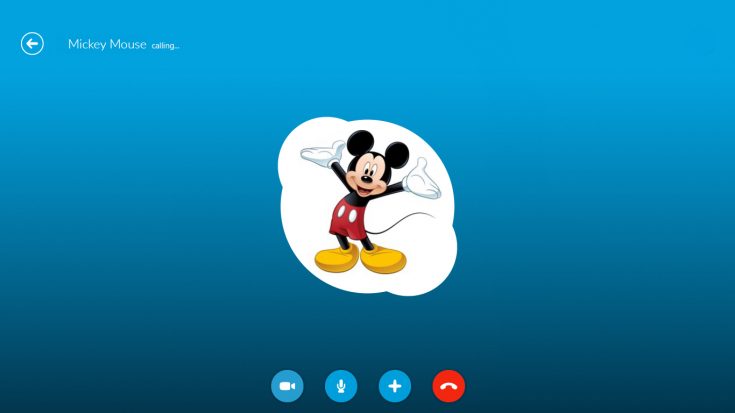 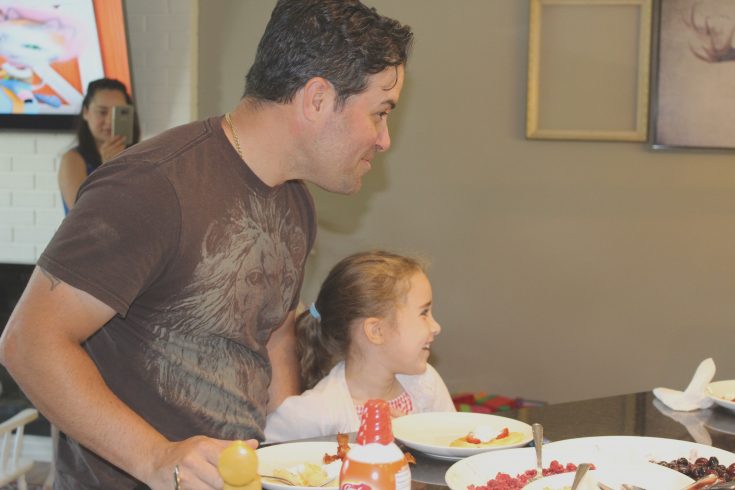 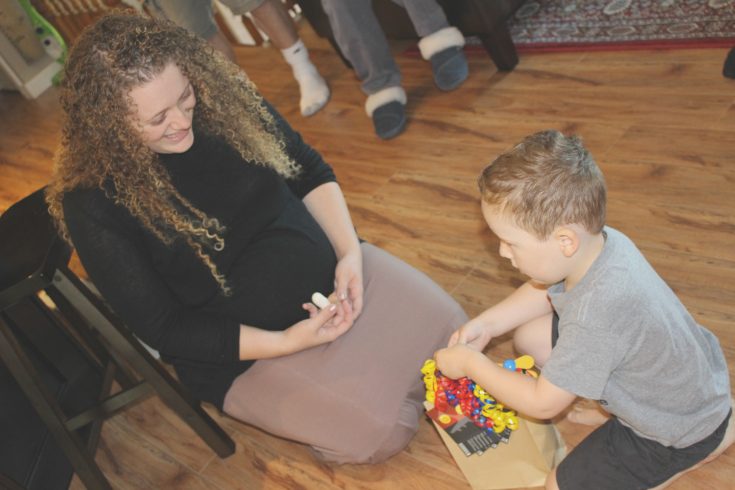 All the emotions wrapped up into one photo. She maybe a little excited!

I bet you’re wondering, “What the heck!” right? Mickey and I, we go way back, like 1986 way back. We’ve stayed in touch over the many years and he sorta’ owed me a favor after failing to sign my autograph book in ’86 so when I asked him to call for the big surprise, he came through in a big way. Thanks Buddy!

Okay, truth time, Mickey Mouse and I don’t go way back I just had an idea that festered and paired with a little determination I pulled it all together. I managed to mock-up a Skype image that looks like the real deal thanks to google images and some editing software, then I hunted down someone who sounds a lot like Mickey Mouse and paid him to record a custom script for me. Then all I had to do was set the date, invite the guests of honor and let the magic happen all on it own. It was brilliant!

IN CASE you’re wondering “what the heck is Fiverr”. I stumbled across this website while hunting down a voice over called Fiverr which basically sells peoples talents for $5; let me explain. People post themselves and their gifts, from design work to voice over’s, tech-help and even freelance writing all at rates starting at $5. It’s beyond genius and no doubt I will be using the site again, and again and again. I have a feeling Mickey or maybe some of his friends will be making another important phone call leading up to the days before we depart! ((I hired Chris Cowan to do my voice over))