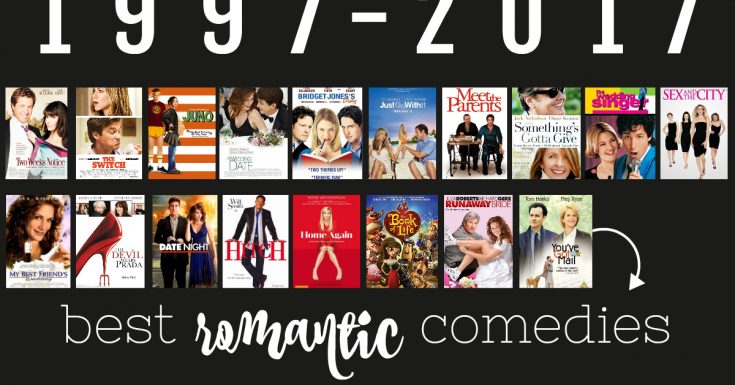 With it being Valentine’s Day and all, I thought what better opportunity than to share my very Best Romantic Comedies? I mean, who doesn’t love a good rom-com and honestly speaking I’m certain 98% of us either don’t have plans tonight or would much rather curl up on the couch to one of these titles. Am I right?

I’ve watched my fare share of Romantic Comedies so much so I feel that I am a suitable candidate to compile a list of pretty much the best of the best; should sappy comedies be what you’re after. I will note however that between the years 2012 to 2015 I was pretty much stuck in a bubble of Motherhood and the only movies I was watching would be animated (that explains the book of life) or else a Romantic Comedy that I saw the first 12 minutes of and the credits (hello! parenting exhaustion).

This list of 18 of the Best Romantic Comedies not only provide a great resource for those who love rom-com’s but also it proves two things; one I have a thing for Hugh Grant and Dermot Mulroney and two they don’t make Romantic Comedies like they used to?

I know there were some real great ones in the early years, the 90’s produced some pretty incredible Romantic Comedies, far better than what you see now (in my opinion). Having made myself choose just 1 a year, these are my ultimate favorite.

What were some of yours that I missed? I’d love to hear them, that and I would love to compile a little “to watch” list for the evenings when I solo-parent.