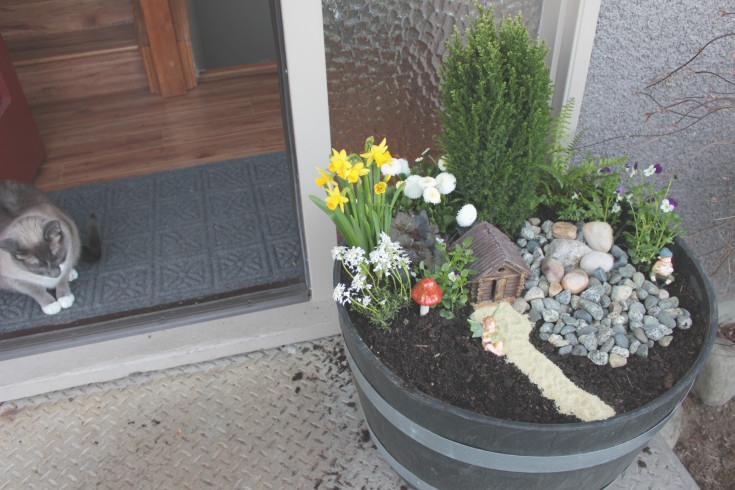 We FINALLY tackled a project we’ve been wanting to do now for 365 days, quite possibly more, it’s just you loose count after a year, which is probably best. Since Fairy Gardens became a thing we’ve wanted to make one for our home, but it wasn’t until last Friday that our desire and determination saw eye-to-eye and we set our entire day to the making of our first Fairy Garden as a family.

Sofia and I took the morning to pop out bright an early to Garden Works for the plants that we would want in our little magical garden (you may have been following along here). We had some ideas in mind after sorting through a bunch of inspiration on Pinterest, but also we wanted to make this our own, so we would follow our hearts and eyes once we got there and saw what was available. We picked up a bunch of assorted plants and flowers nothing with any rhyme or reason, just what we thought would make a beautiful and welcoming home for a Fairy.

We got home around the same time as Sammy, after putting in some time with my dad, helping with a demolition project. He went in to change into something less “covered in gyprock” and we got started on filling our pot with the foundation of our fairy garden; gardening soil. We played with placement of the flowers, ferns and bushes and then once everyone was happy they started to dig holes and plant everything.

The final touches came at the end with the babbling rock garden and fairy home. The rock garden was actually quite easy, we used a large rectangle Tupperware that was only about 3″ deep and pushed it into the dirt so just the top lip was exposed. We then added a mini pump I had kicking around from a small fountain I had that was meant for a table top. It never got used so I took it apart as I knew the pump had value to me in a future project. We then covered it with rocks until you could no longer see the Tupperware, continuing out past the container lip to ensure complete coverage. Filled it with water, making sure to not overfill and encourage dirt to come into the Tupperware pool, turned on the pump and put in the “fairy house for sale” sign right in the front yard. We were done!

My ONLY regret I have was not putting it on our back deck. That babbling rock garden, makes my day, and I could see many nights on our patio, Sammy and I, with the fire table roaring and that rock garden putting us into a state of zen after the babes are in bed. Just the thought of it makes me wanna sleep, that or this baby I’m growing and the crazy amount of shut-eye it desires for me. Either way, I think we’re going to have to build a second one for our back deck. 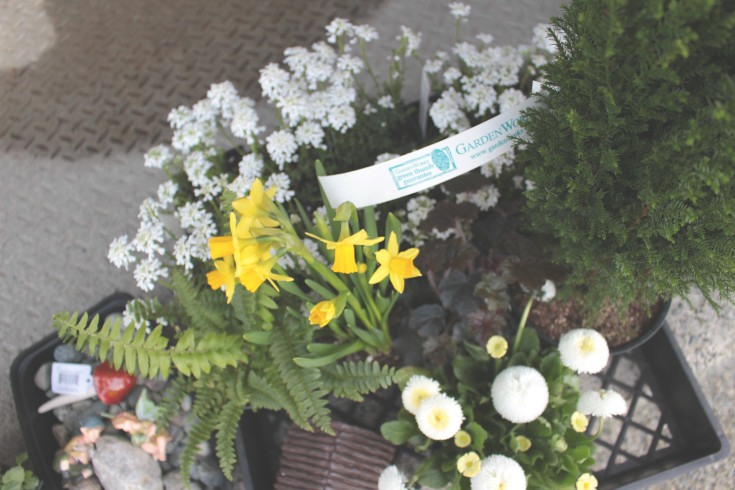 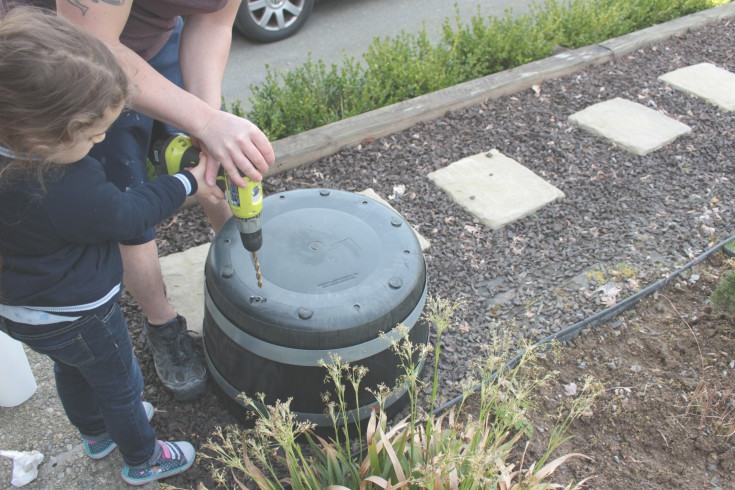 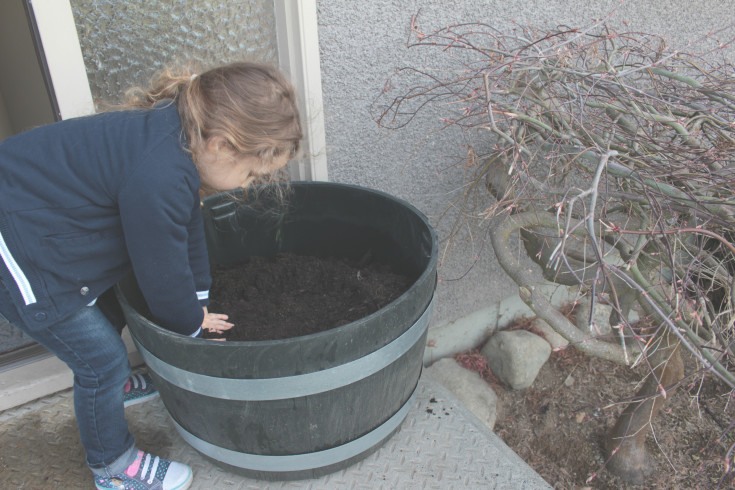 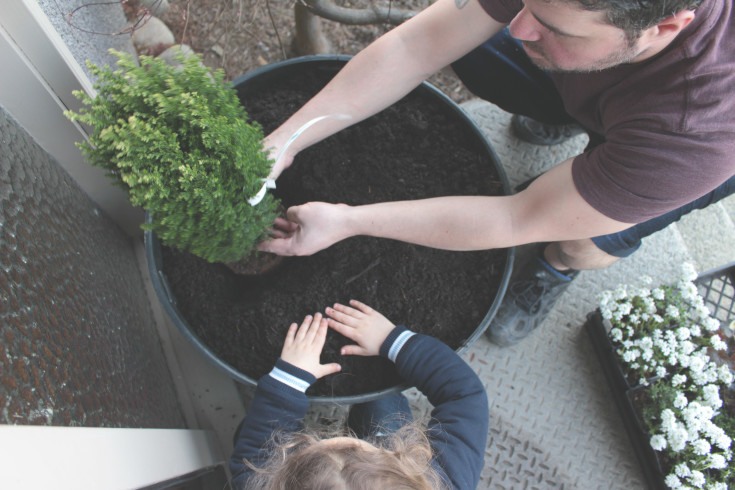 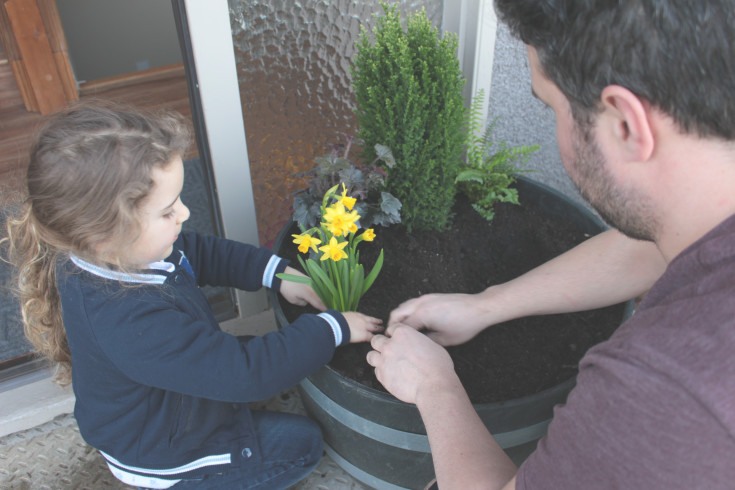 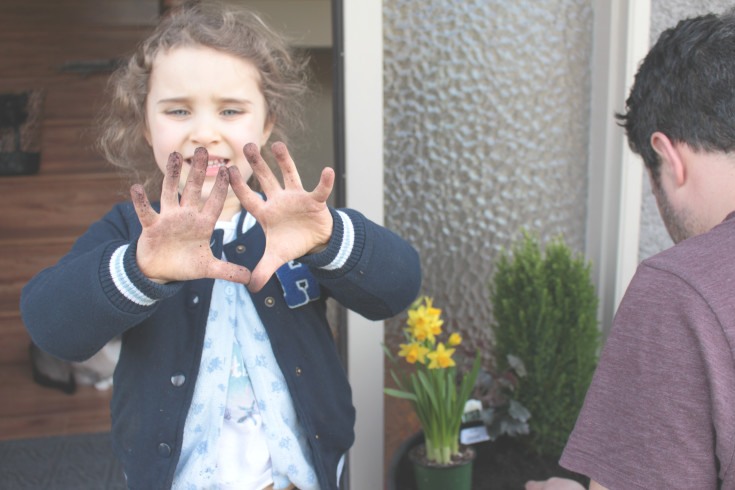 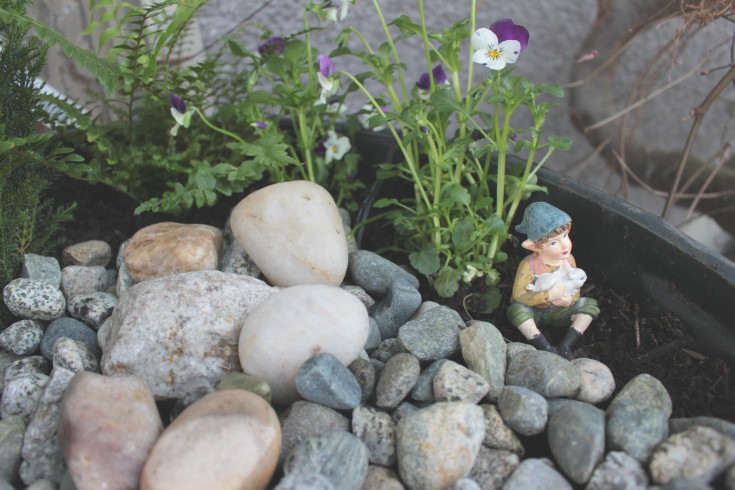 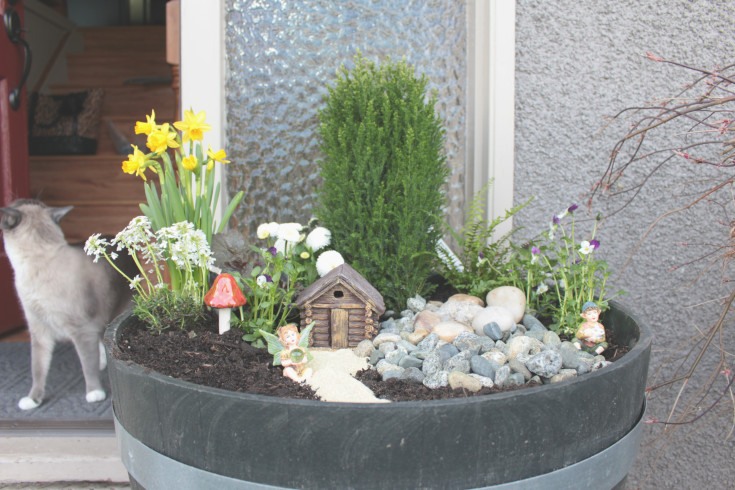 HAVE YOU made a Fairy Garden before? I’d love to see them, comment below in the Facebook comments and share a photo, or pop over to our Facebook Page and comment on the fairy garden thread showing me your gardens there! I cant wait to see them…