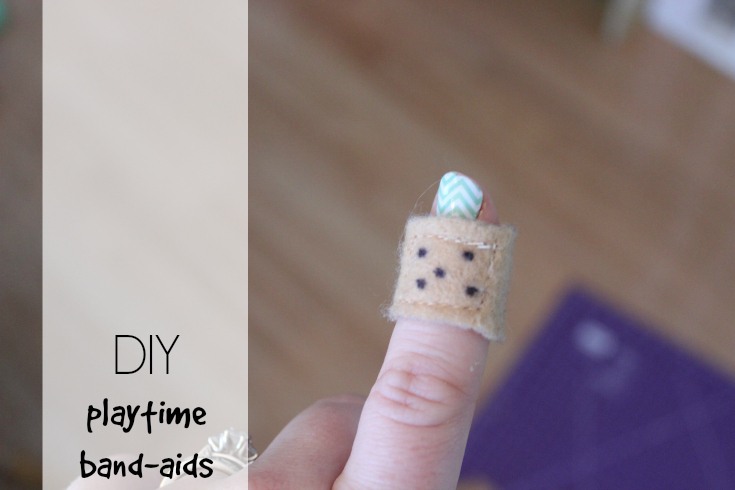 I’m so excited to bring you this DIY thanks to April from Little Squirrel Creations. Saw her post on Facebook and asked if she would be nice enough to share a tutorial on how to make them with my readers. Sofia Marie is going through the whole “doctor” phase right now, putting band-aids on everything, dolls, stuffed animals, people, anyone that will sit long enough to pretend they are badly hurt and needing her care. She loves to make people “all-better” and as we all know a band-aid fixes everything. At the rate we are currently going, it’s going to cost me $20 a week to let her “fix her patients” and this friends is when these playtime band-aids come in handy. REALLY handy!

So without further ado, let’s all thanks April for sharing her felt band-aid tutorial with us, and for those of you who want some but can’t spare the time to make ’em, fear none, April sells them for $5 for a 10 pack {$1.75 shipping within Canada and $2.00 to the US}. Reach out to April on her Facebook page here to place and order; or go ahead and get your craft on.

I was having a conversation with another crafter and mom at last weekend’s craft fair. She made comment about asking another sewing friend to maybe make her son some felt bandages as he was using all of the real bandages on every bump a bruise (as well as imaginary ones) and she had to buy new ones all the time, costing her a small fortune. So I decided to make an attempt and see what I could come up with. It turns out it’s pretty simple to do- and so I have been asked to share it with you. 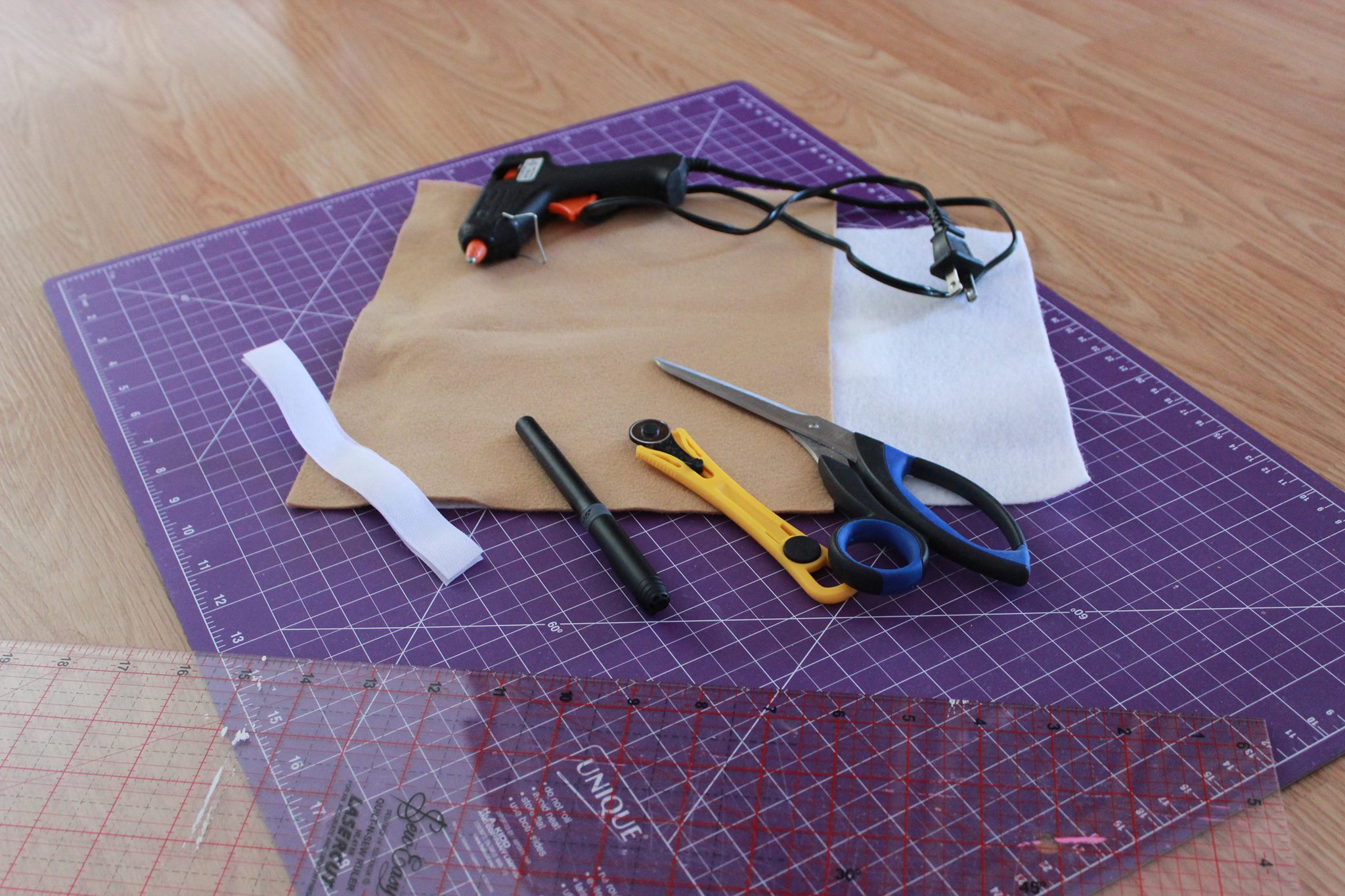 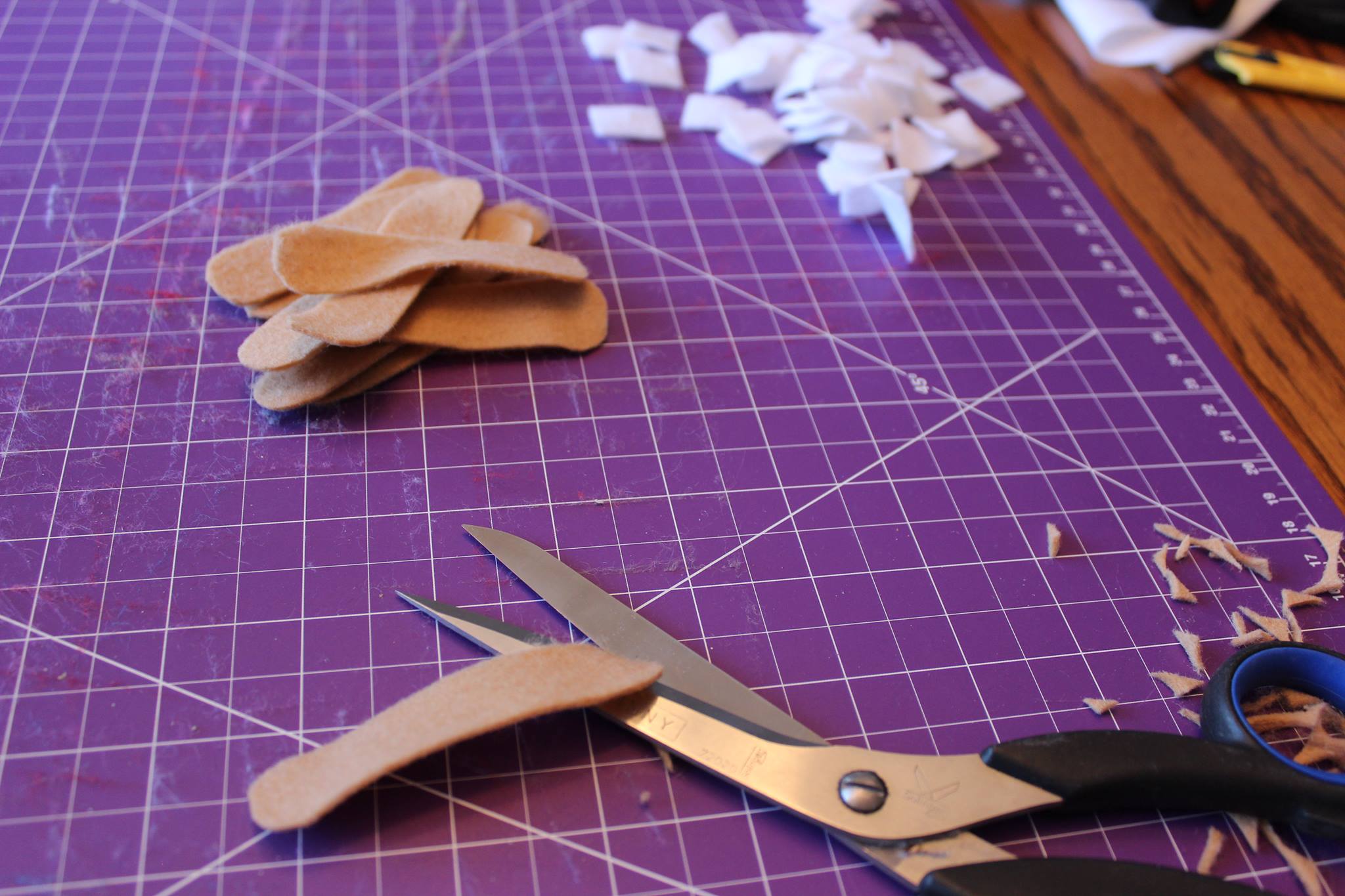 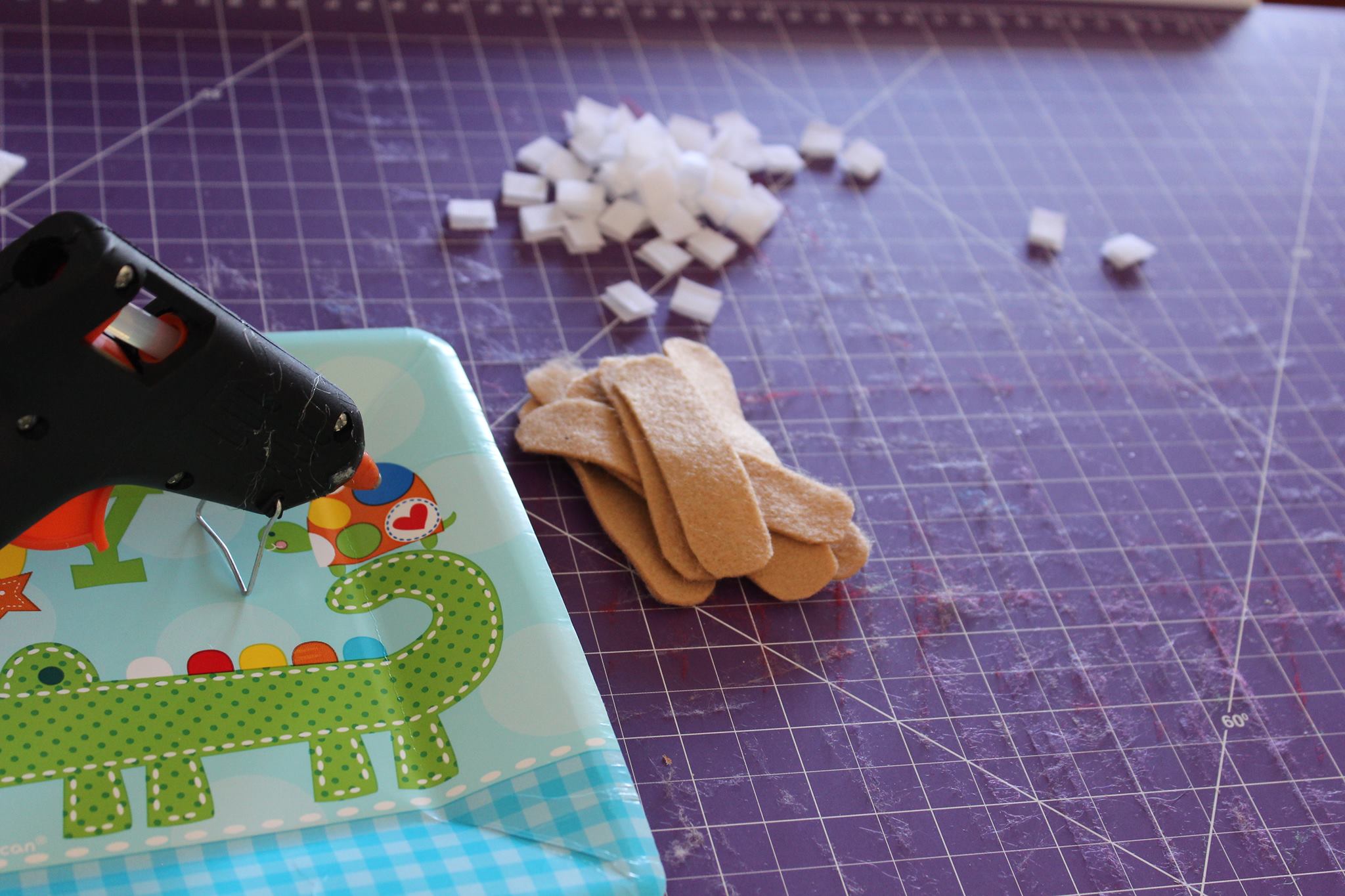 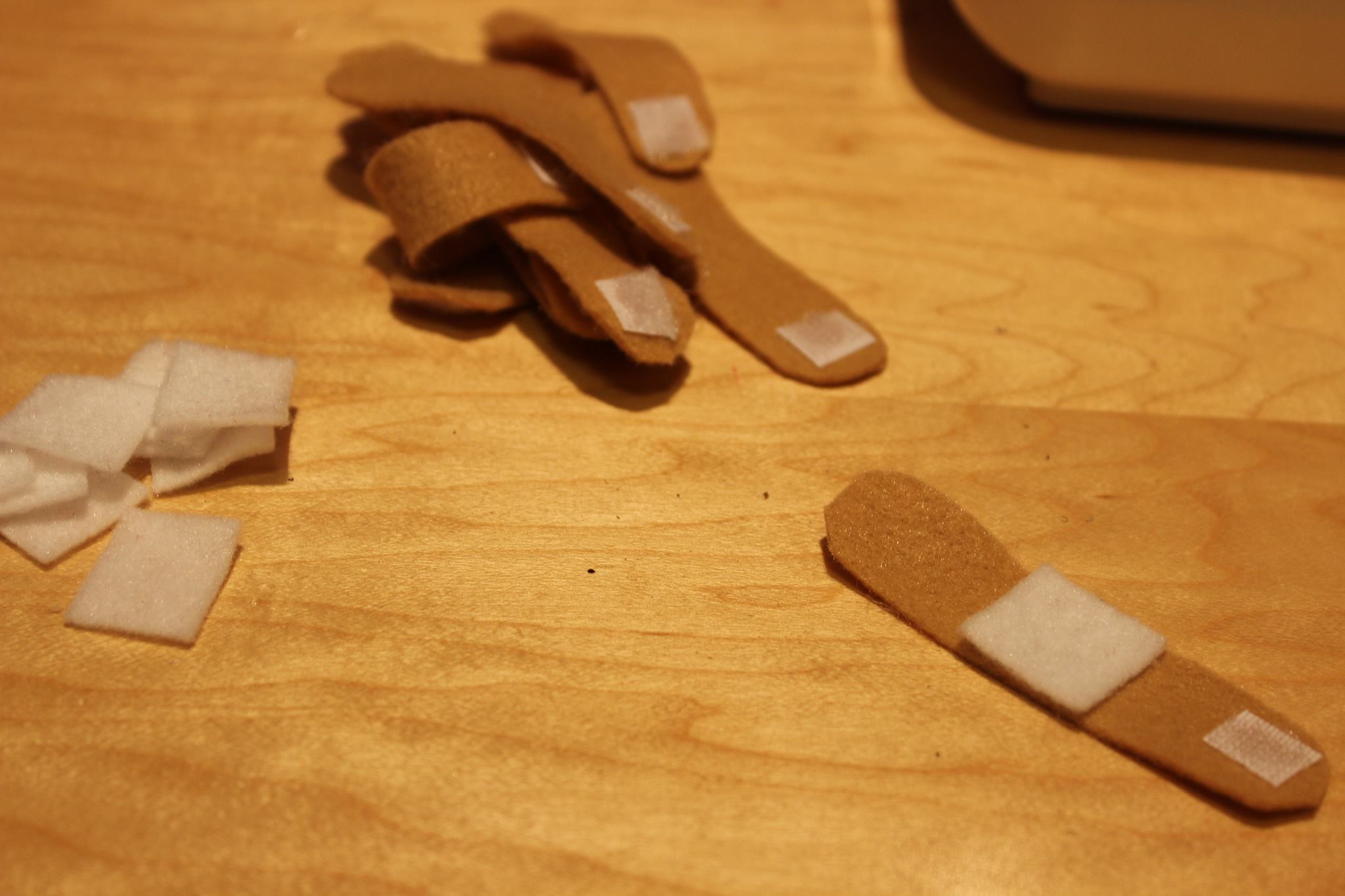 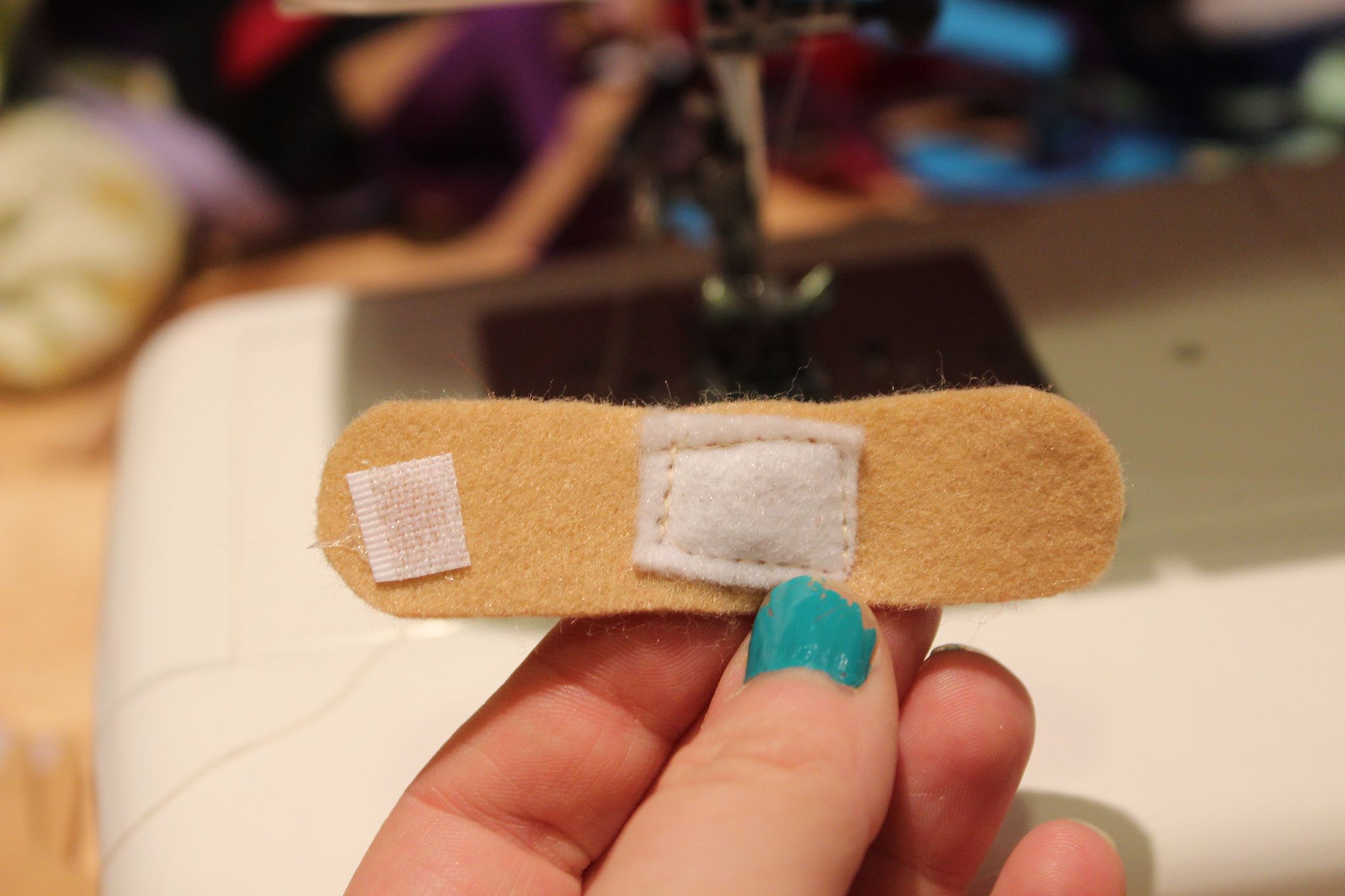 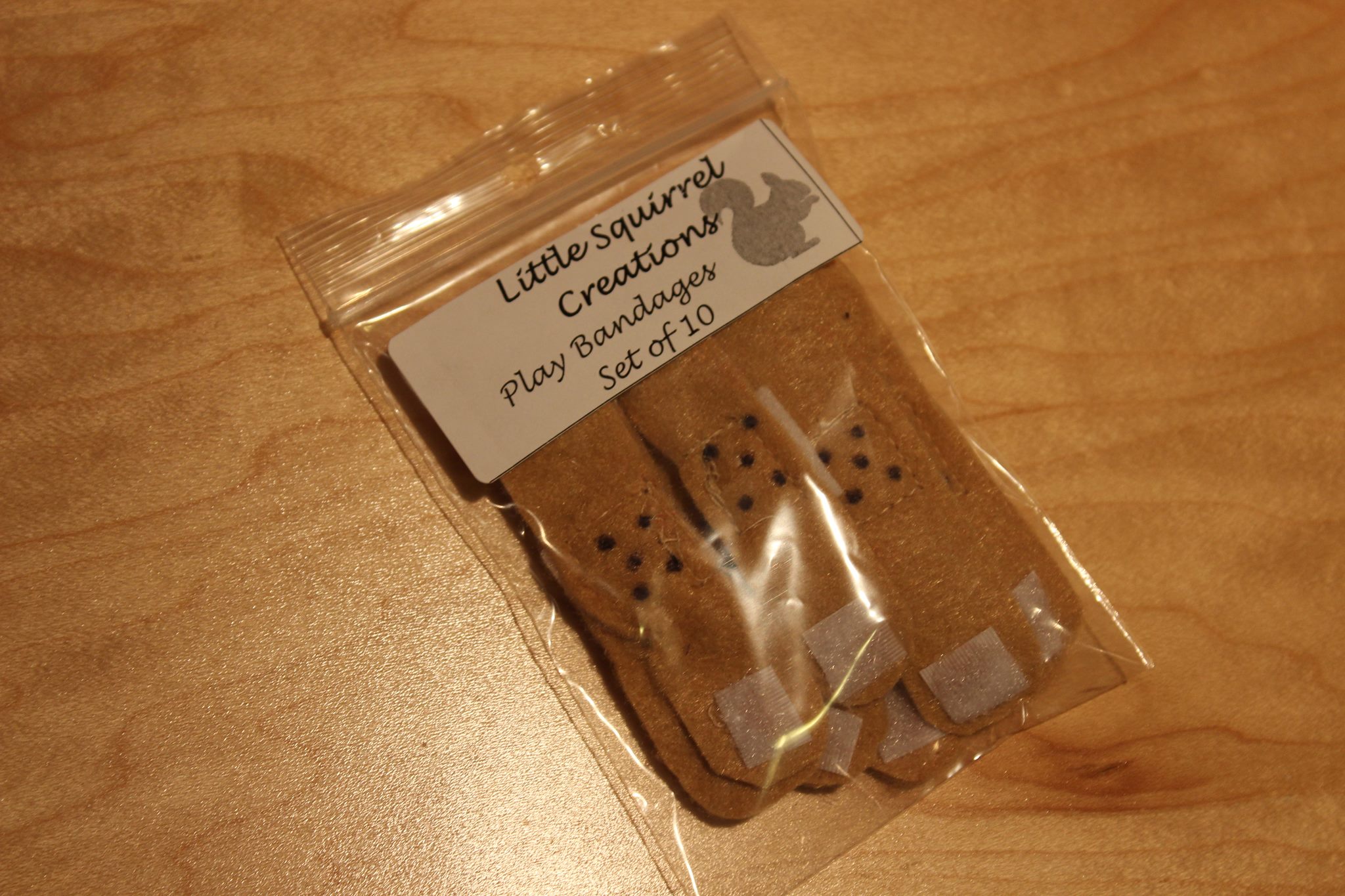 These are super easy and cute for imaginary play and humoring small children when every bump and bruise is deserving of a Band-Aid. The tutorial I used tan felt like most plastic bandages but to make the imaginary play more fun, you can make them in any color or combination. If your child is going to use their ‘bandages’ on their stuffed animals, skip the Velcro on the ends and use white Velcro loops as your ‘gauze’.