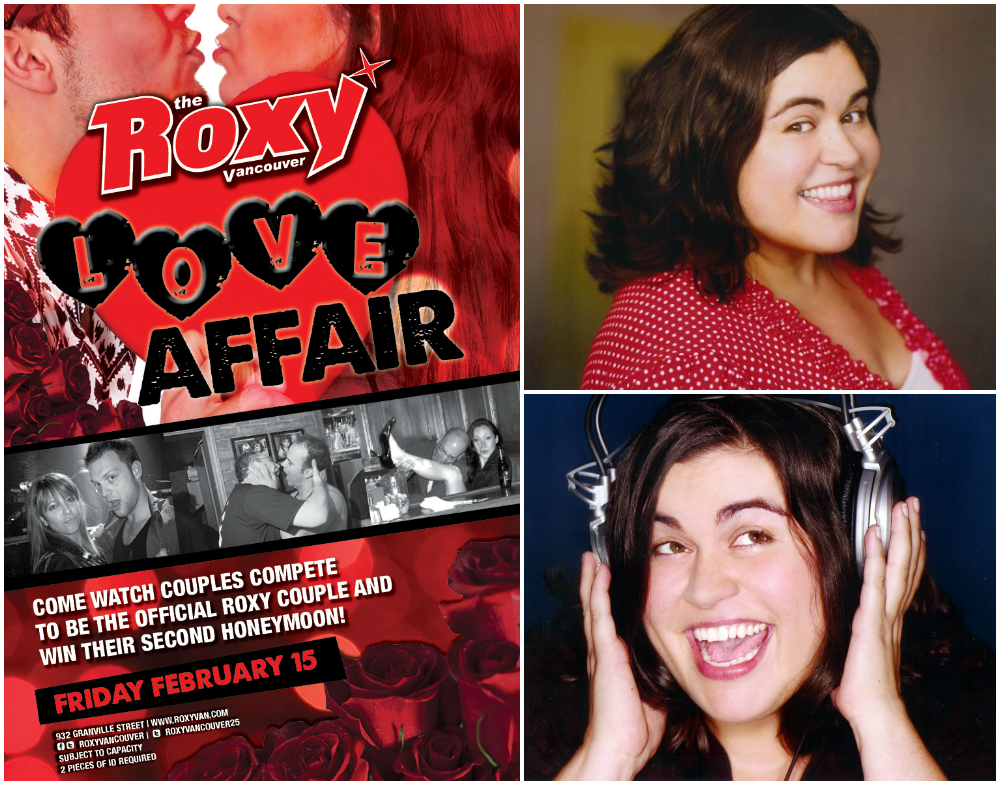 Calling all local lovelies!
Are you looking for something to do tonight? Could you use a good belly laugh, possibly at the cost of perfect strangers? Let’s be honest, we all need a good chuckle, especially when it’s not at the expense of our choice of attire *been there*, we’ve all made bad decisions in our lives, I’m over mine! But tonight, something EPIC is happening! The Roxy is celebrating their 25 Anniversary and hosting The Newlywed Game, with local couples who met, and fell in love, at the nightclub. They will all be competing against one another for a chance at a second honeymoon.
Now I bet you’re wondering how this is going to help you spend the evening wiping mascara from under you eyes. Well…the host of the show, will be none other than Debra DiGiovanni. No kidding, the Comedy Award Winning Debra DiGiovanni! You know… the woman named “best comedian to see after a messy breakup”. This lovelies, is show you’re are not going to wanna miss.
At $10 a ticket, {$13 at the door}, it’s going to be the best money you’ve spent in a long time. Ever better than that time you bought that $10 earring set that mimicked the Chanel “C”, that have yet to turn your lobes green.
What are you waiting on lovelies? Buy tickets here!

MORE INFORMATION FROM THE ROXY… 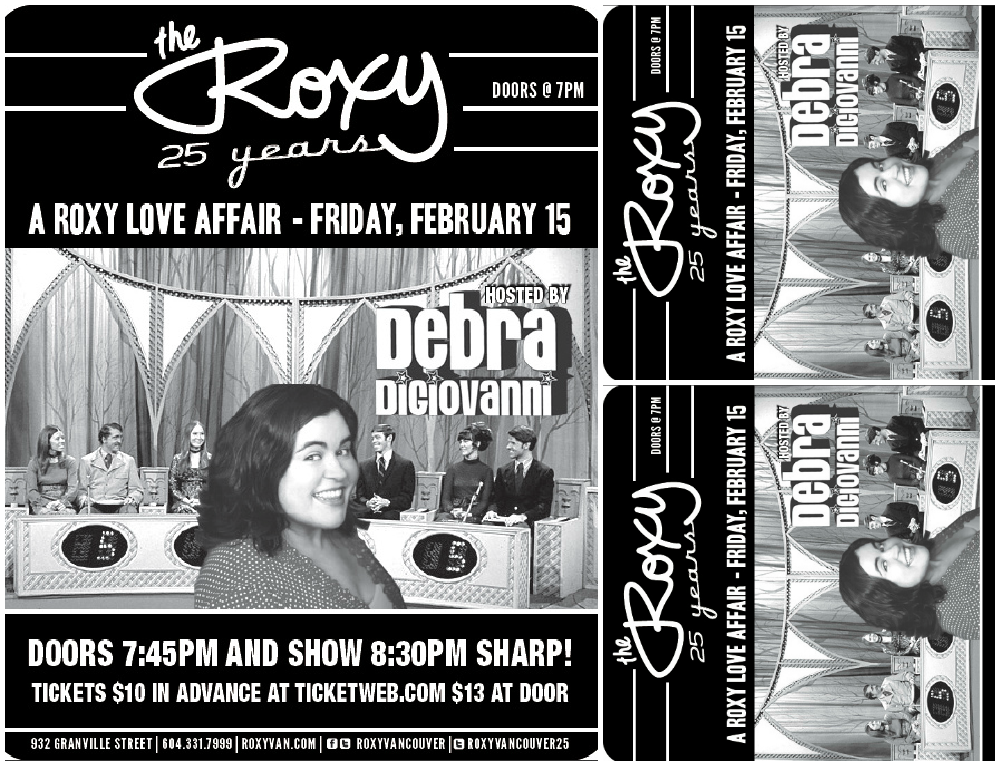 When The Roxy Cabaret opened its doors 25 years ago it instantly became a cornerstone of Vancouver nightlife. Starting out as one of the only live music venues downtown, The Roxy has grown to become the heart and soul of the city over the past two-plus decades. To celebrate this momentous achievement, The Roxy is conducting monthly events that honour its history in the community and help look back at some of the incredible ways this institution has touched all Vancouverites.
Over the past month, The Roxy has been actively recruiting all those married couples who first met at The Roxy over the last 25 years to compete in a contest for a second honeymoon at a prestigious five star resort. Their stories have been posted on Facebook and Twitter, with the top couples being invited down to The Roxy on Friday, February 15th to enjoy an ironically romantic evening back where it all started for them.
The event will include an exquisite private dinner catered by local caterers “Drew Cooks! Catering” and dessert by Vancouver favourites “Cupcakes by Heather & Lori.” The real fun comes afterwards when the doors open to their friends and family, and all Roxy patrons, to watch these couples compete in The Roxy’s version of the classic Hollywood game show, “The Newlywed Game.”
The Roxy is extremely excited that the funny, talented and very Canadian Debra DiGiovanni will be joining us from Los Angeles to host The Newlywed Game this Friday night. In addition to being the 2011
Canadian Comedy Award winner for best female comic – her third such win in 5 years – Debra has been called the “Best Comedian to see after a Messy Break Up,” so who knows what she has in store for our lucky couples!
In addition to hosting the evening’s festivities, Debra will show the audience why she’s a favourite at the
Montreal Just for Laughs Comedy Festival, a finalist on the 5th season of NBC’s hit show Last Comic Standing, and a Canadian Gemini Award winner. Her quick wit and quirky sense of humour are sure to create a hysterically entertaining evening.
Advanced tickets for the show are $10 through ticketweb.com “The Roxy Love Affair” or $13 at the door. This is surely an event you don’t want to miss.
Look for updates on this event and all the 25th Anniversary events at www.roxyvan.com on Facebook www.facebook.com/RoxyVancouver or on Twitter @roxyvancouver25 and @roxyvancouver
Tweet
Share
Pin
Share
0 Shares