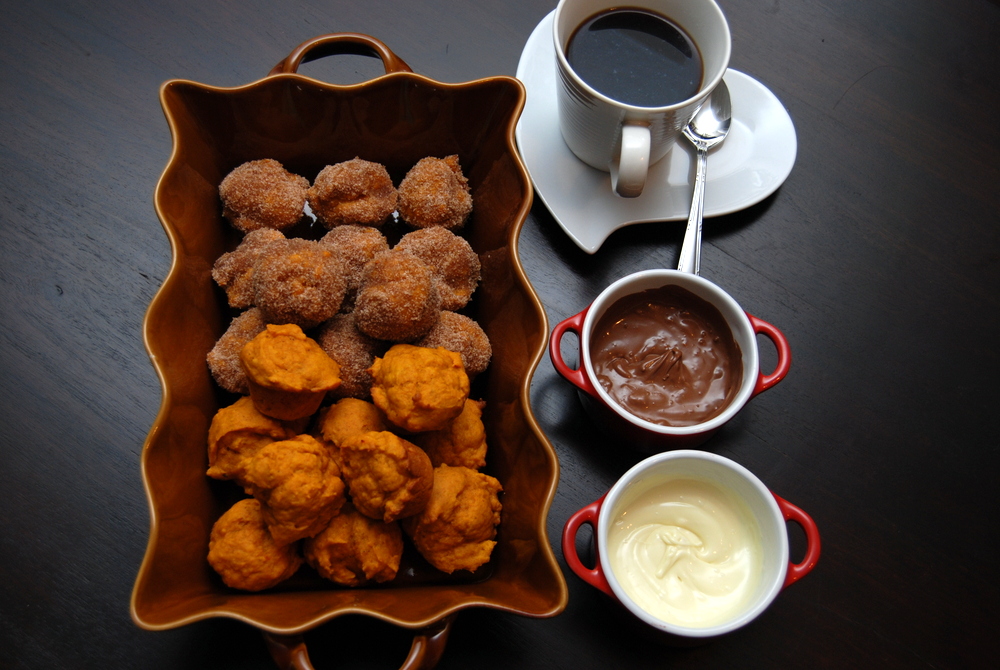 I suggest either doubling the batch or else rigging up a lock and bolt to the tupperware. Seriously these bad boys are heavenly. Pumpkin has never tasted so good, at least not in my world it hasn’t. You see, I’m not much of a Pumpkin Pie girl…. I’d rather savor the fresh whipped cream and feed the pie to the dog. Yup… I said it… the pooch gets my pie.

I made these Donut Holes for our Thanksgiving Dinner. A finale to a dinner that’s just a little different than the traditional Pie Pumpkin – but still Pumpkin’ey! I made half of my batch rolled in the Cinnamon and Sugar with the others I left plain, which can be dunked in either milk or white chocolate. Seeings as their was 3 of us for dinner and only 6 were left, I’d say they were a great success.

While the Donut Holes bake, melt butter in one bowl

Combine Sugar and Cinnamon in another bowl
Remove holes from the oven and let cool for 2 minutes
Dip each Donut Hole in melted butter, then roll in cinnamon sugar to coat
Tweet
Share
Pin
Share
0 Shares