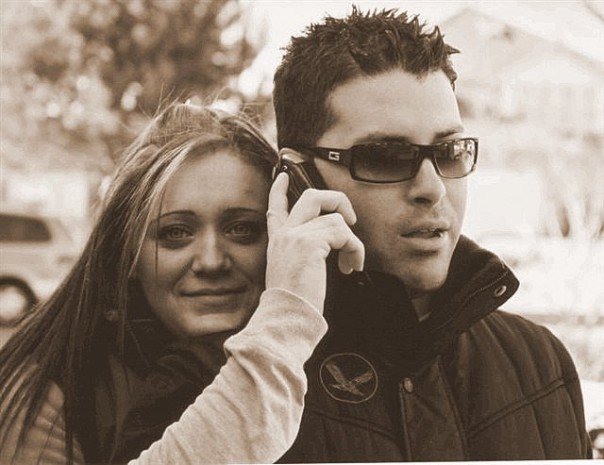 {around 2 months into our lives together}

I have heard so many fabulous stories of how bloggers met their partners and I just love the stories. I thought it would be fun to start a “chain reaction” and have us all post about how we met our other half, and how we got engaged and/or married.

I wont keep you here all day, as I know better then to go on…and on….and on…. but I will tell you I wouldn’t change one day, hour, minute or second for anything in world…. not even a Chanel. 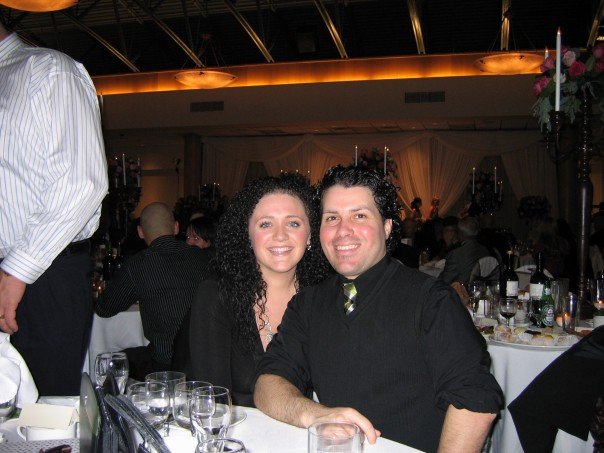 {around 2 years into our lives as one}
How we met:
Online {end of story}

No, but really. We met online, spoke via e-mail for about 2 weeks before we stepped up our game to the telephone for another few weeks – then came D-Day. We agreed to meet downtown Vancouver on Robson and Thurlow – where there is a Starbucks on each corner {strange concept, but very convenient to borrow sugar, if needed}… I parked my Car in the back alley and walked out front for the Grand-oh meeting… he drove up…rolled his window down and told me to “hop in”.

What’s that you say? I’m crazy… I know! But something about this guy was just so “right”!

He asked if I wanted to go hang out at the beach, chat and get to know one another – I of course obliged… however thats about all he said the whole ride. I talked, he smiled, I talked, he snickered, I asked him if he was mute,  he laughed…. He was very very nervous.

We got to Jerico Beach – Hmmmm around 5pm – and left at about 2am. No word of a lie!
Ever since – inseparable! 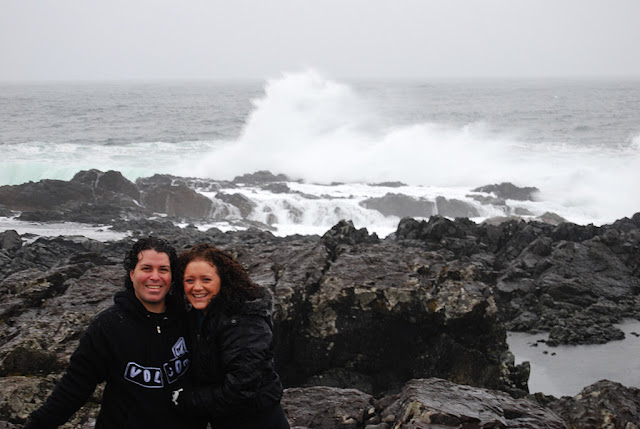 How he proposed:
Well it first started as me planning a 30th Birthday Surprise for him. I planned a trip to Tofino, meaning to keep it a total secret. Booked the Rental Cabin in March and his Birthday was in November… YEAH! If any of you know me by now I am not one to keep exciting secrets like this for long… it lasted about 2 weeks and I “spilled the beans”….. then of course I got upset that I had no surprise for him….so I did some creative thinking and thought about something I could do there that would be a surprise. So I researched a professional photographer and thought pictures of the Beach together for his 30th would be fun. Found just the perfect match. Miss Erika Scott. She lived in Tofino, she knew the city inside out, she was so excited to join in on my little surprise and better yet – she seemed like someone I could grown quite close to. I could always use an extra friend! 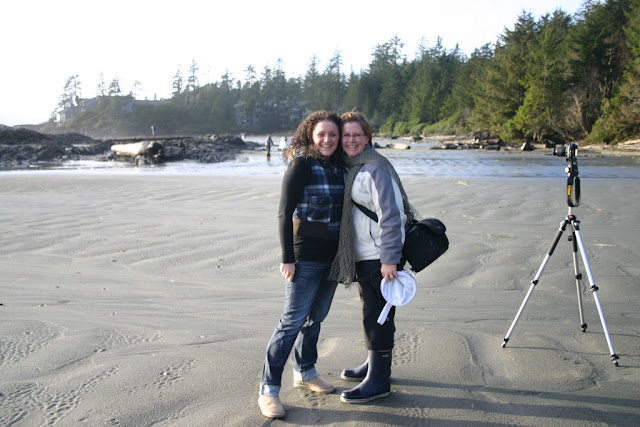 So over the past 8 months while waiting I did just that. Erika and I spoke once a week – became very good friends, which eventually grew into a ever so special friendship. I go to Erika for most adult things as something about her to me scream “know it all” and I trust her more than you would believe. A few months prior to our trip, Sammy was checking his e-mails and went into the already opened gmail {mine} to shut-down and re-open his account. When his little eyes locked on a subject reading: Sammy’s Birthday Photoshoot…….
Little brat couldn’t stop himself… helps himself to reading and ruins the surprise I worked so hard to keep from him. So he copies Erika’s e-mail address and goes on his way.

Sammy contacts Erika explaining that he knows about the surprise – but not because I “caved” but because he is a little snoop {I’m sure the conversation didn’t go exactly like that}. He went on to plan, that during the surprise shoot, he wants to pop the question…. I know right…. where did I find this guy?

They went on to planning on a weekly basis, while I still thought that I had this secret in the bag… so proud, I couldn’t wait to surprise him…. FAIL! The morning of…. he gets ready, I tell him and he acts so surprised 🙂 At least I got the “fake” surprised – it was so worth it…. might be the only surprised face I get out of that boy!

Erika showed up at our Cabin…. and took us on our way! She was so calming and poor little Sammy was so nervous… She took us to all the best look-outs and brought the most fun props to work with…. I treasure Erika’s Friendship just as much as I do these photos. He popped the question at the very tip of Ucluelet as it started to lightly shower…. nothing phased me at all….I was just having so much fun!

As Erika told me, I walked out to get THE SHOT….with us and the waves crashing behind…. all while Sammy and Erika were setting up the “popping of the question”…. as for the rest, I think the pictures speak louder than words. 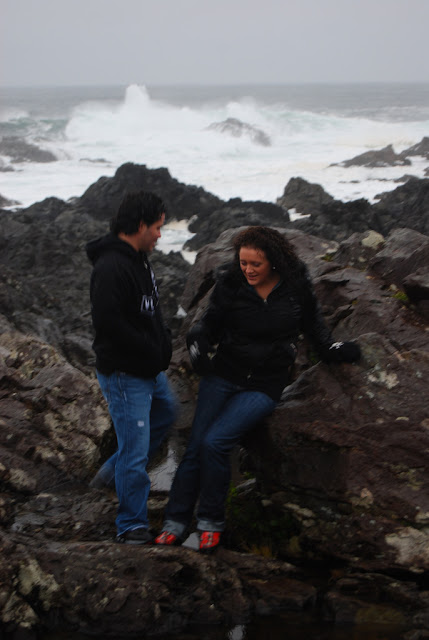 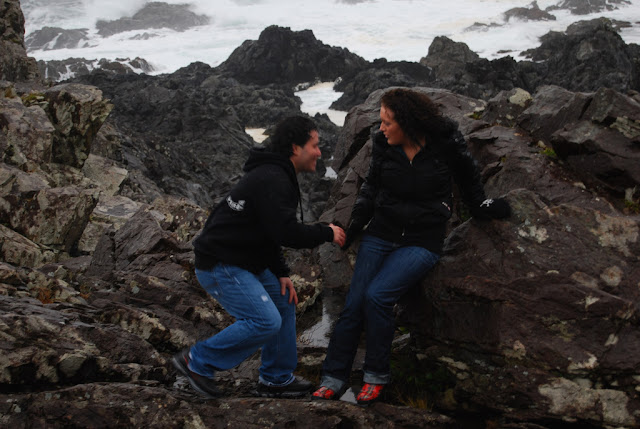 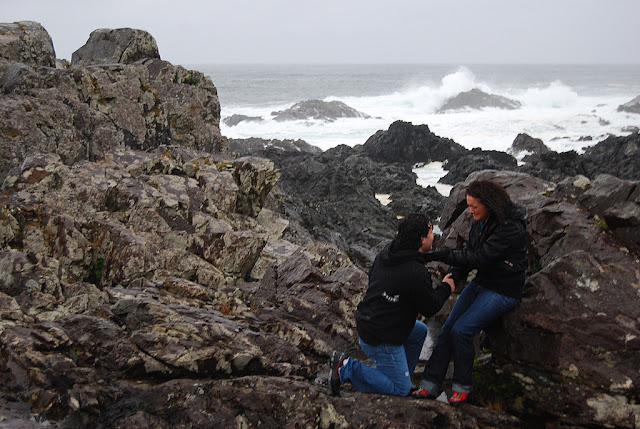 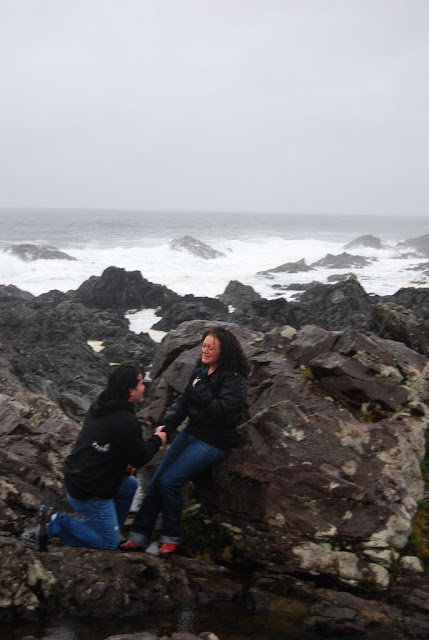 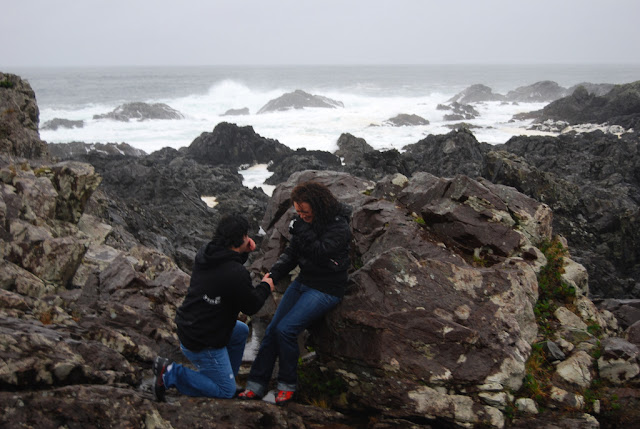 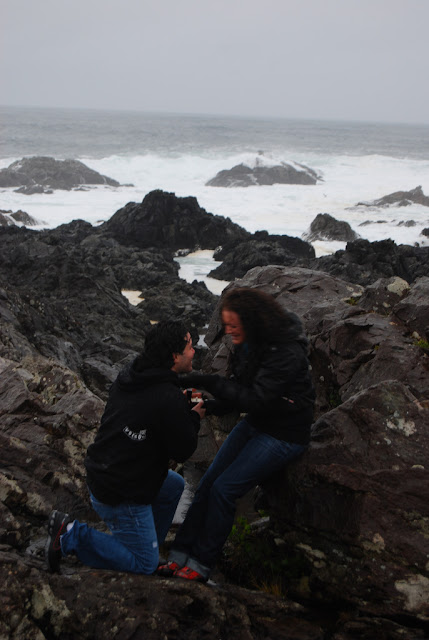 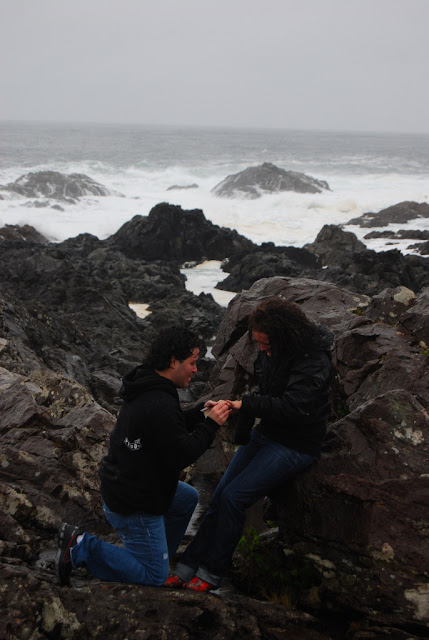 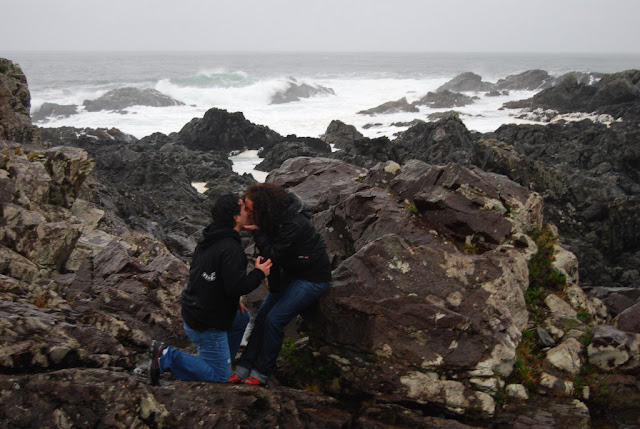 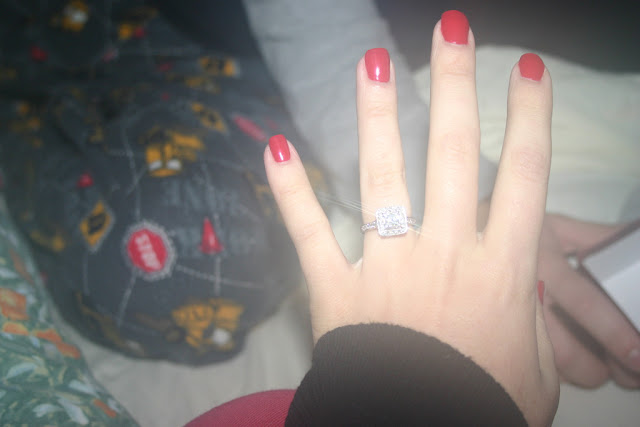 How we got Married:
To come another day 🙂 If you want to see it that is…. 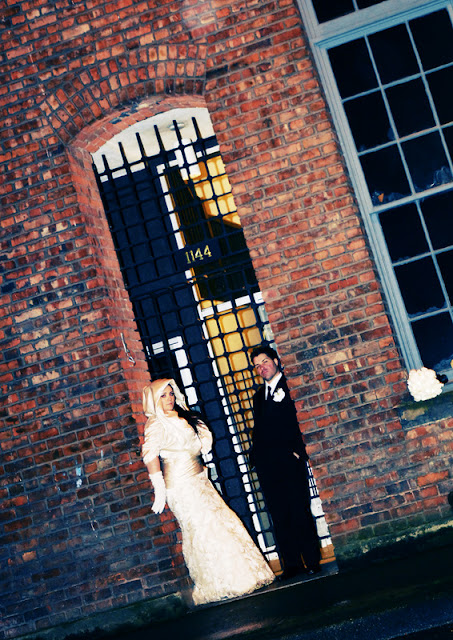