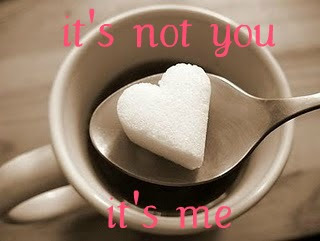 Gestational Diabetes: is a condition in which women without previously diagnosed diabetes exhibit high blood glucose levels during pregnancy (especially during third trimester of pregnancy). Gestational diabetes is caused when the body of a pregnant woman does not secrete excess insulin required during pregnancy leading to increased blood sugar levels

So, the test I had been dreading even before the stick showed 2 lines was the one that in the end, took me down.


I had my Gestational Diabetes test 2 weeks ago, the first test was a 1 hour long that ended in in PDP {Public Display of Puking} within 50 minutes of consuming the nasty sugary beverage. After using the public garbage can as it was meant, they took my blood anyways to see what the results were like. I was a wee bit over the desired sugar levels however it was had to say if it was accurate due to my comedy festival in the waiting room. They then sent me to a second test. Same nasty drink, just more of it and a 2 hour sitting… Ha Ha Ha – yes folks, they want me to attempt to keep it down for an extra hour and 10 minutes. As impossible as that sounds I managed it. My results came back and I am 0.1 over the allowance.


Since then I have been to 2 doctors appointments with another this afternoon meeting a Diabetic Nurse as well as a Nutritionist to help me with the last 2 months of my pregnancy. Keeping my sugars down will keep Sofia safe and healthy, keeping my weight gain down and my chances of continuing to be diabetic after the baby is born. I also want to avoid what 90% of Gestational Diabetes Patient go through and that’s a scheduled c-section.


I may seem cool, calm and collected now but this is only because 2 weeks have passed since the diagnosis. I really was not a pleasant person to be around. The combination of being afraid, sad, angry and afraid again is not a good one to mix with Hormones with Pregnancy.

Any Mama’s out there get diagnose with Gestational Diabetes and want to inform me of what I have ahead of me? I’d love to hear from you… as a comment or directly to my e-mail would be fabulous LovinLittleMissMama@gmail.com