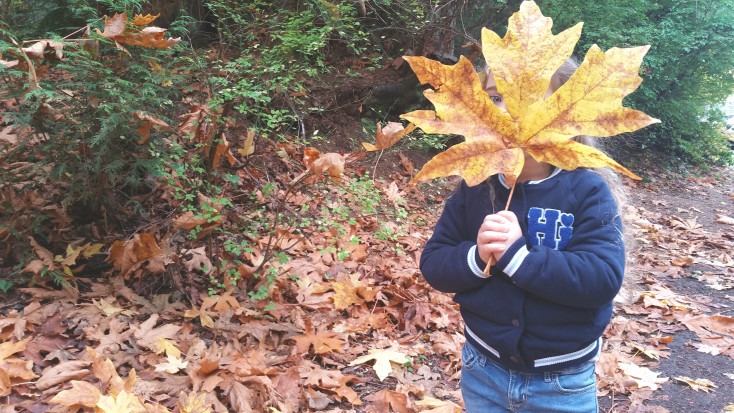 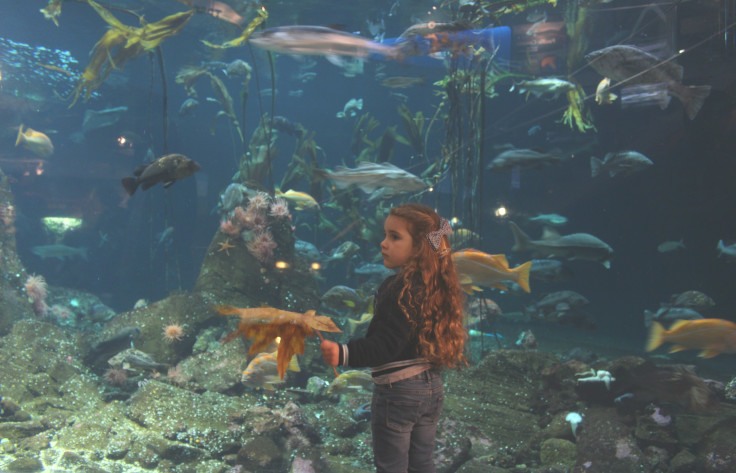 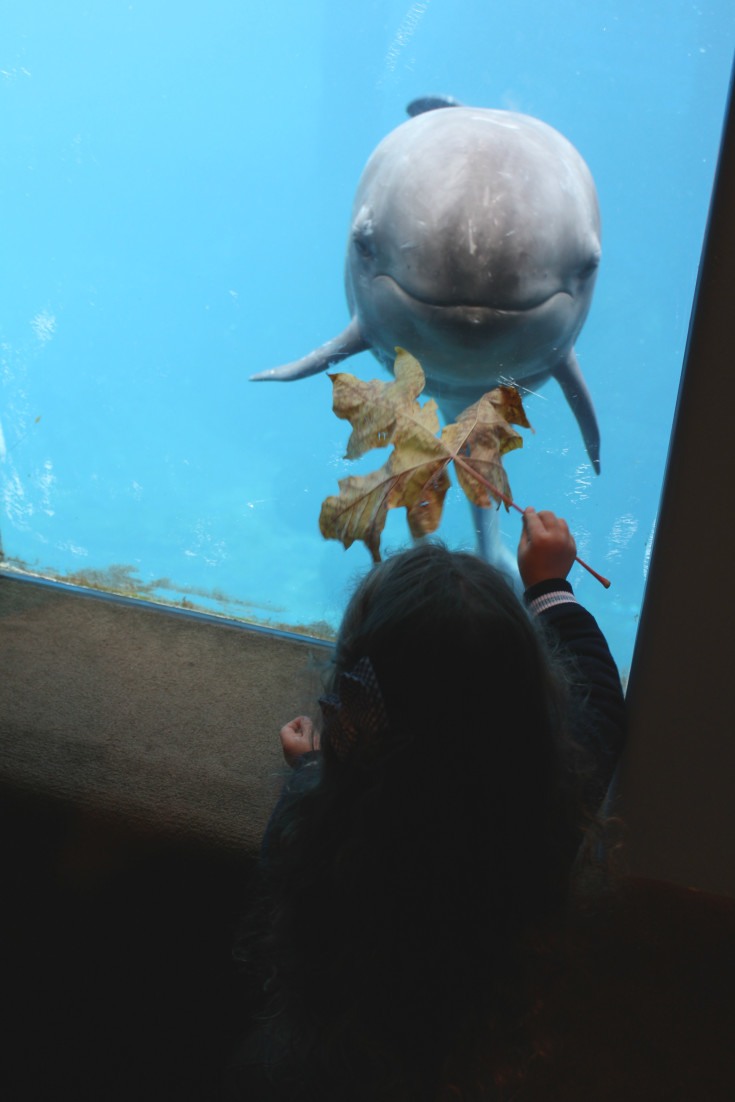 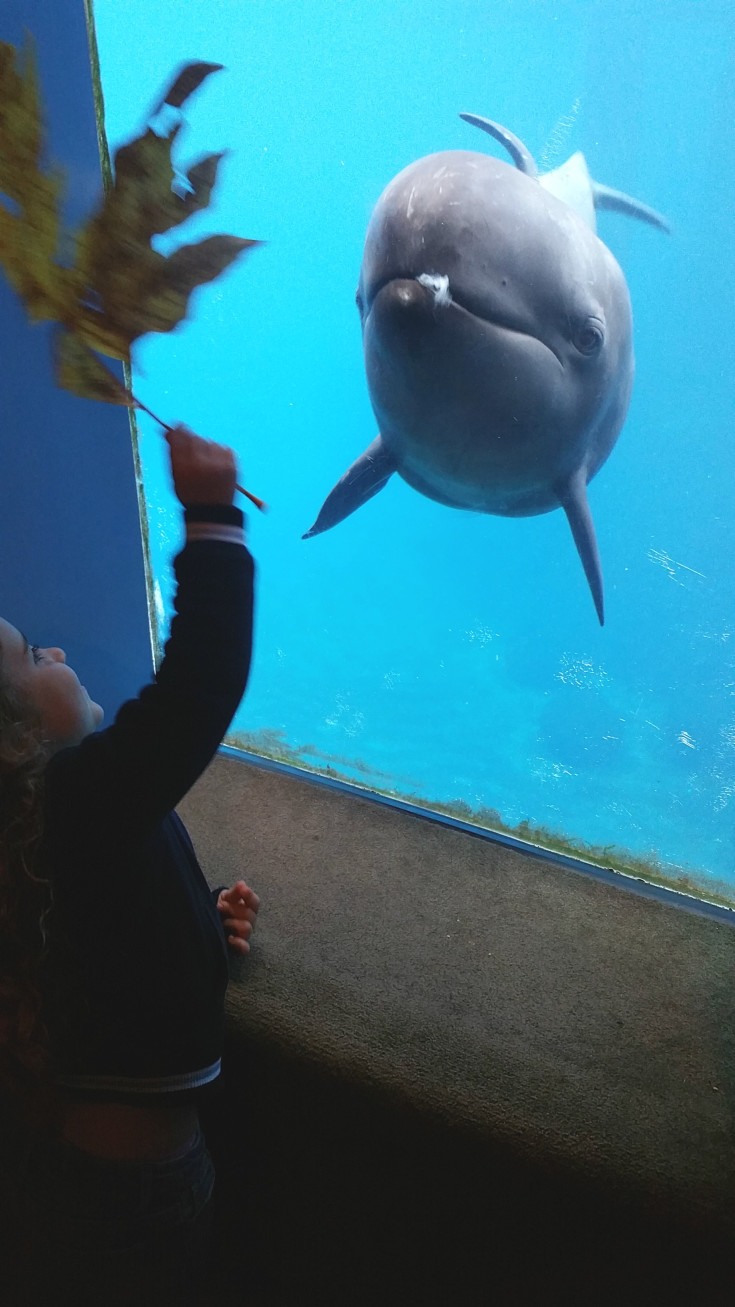 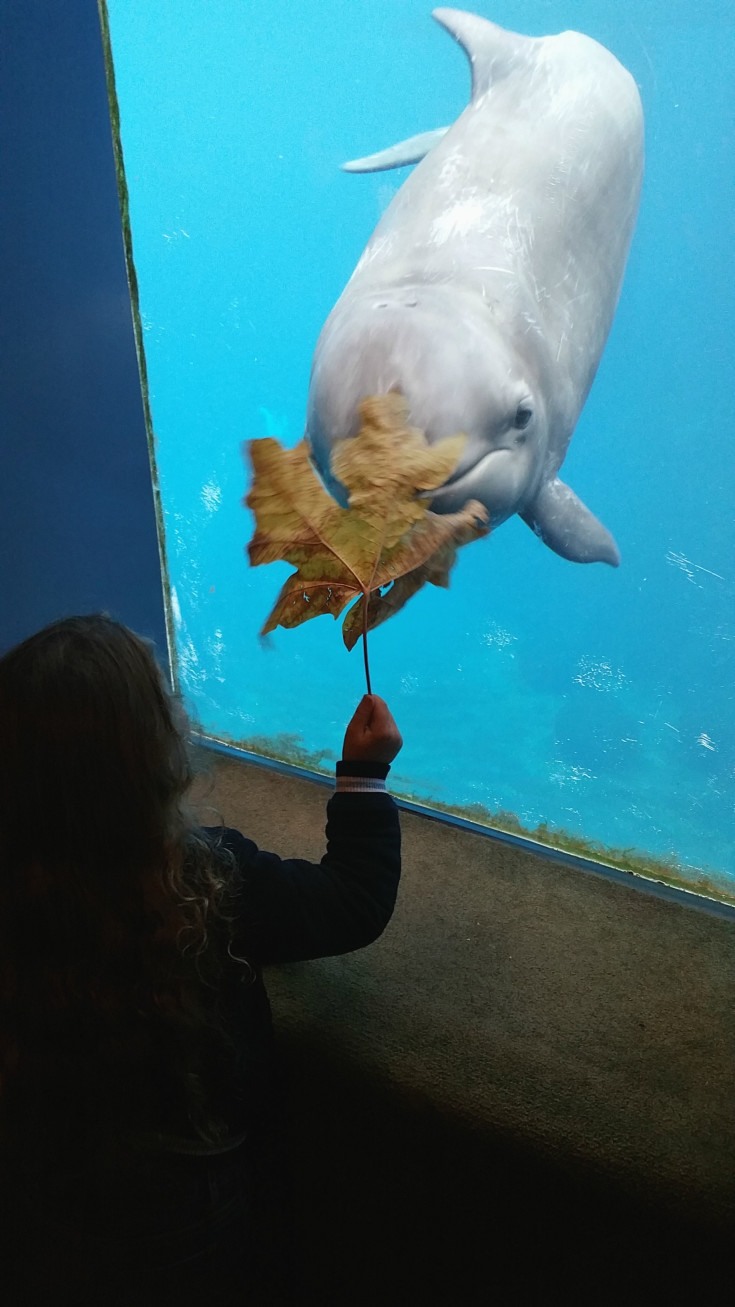 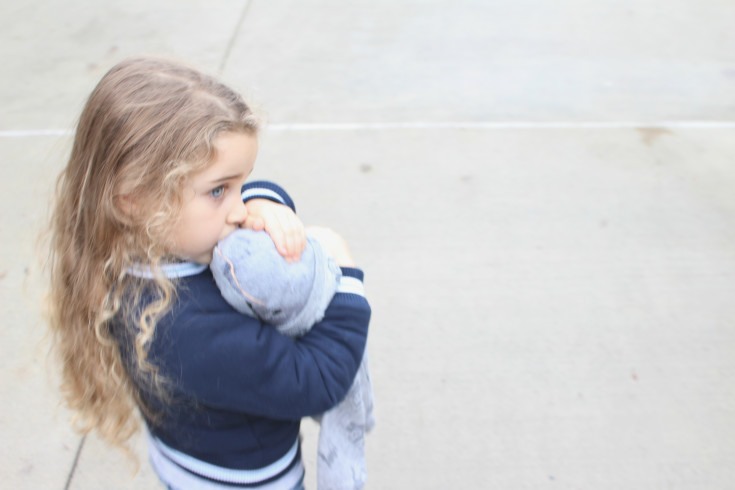 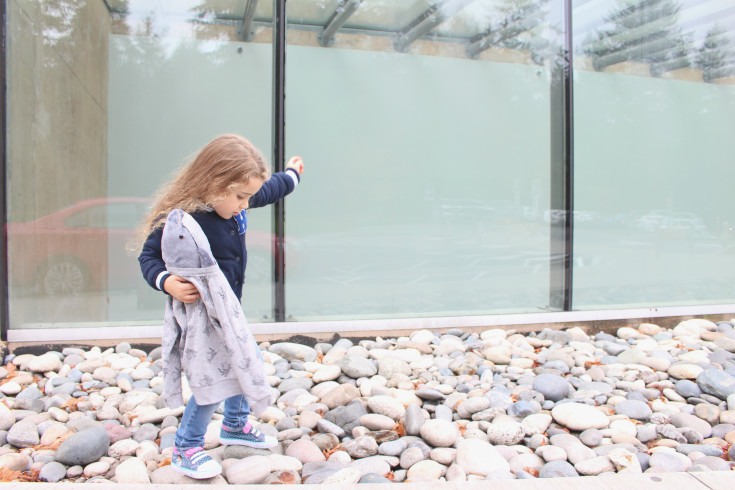 From a very young age we’ve noticed Sofia is one of those kids who has a connection with animals. They seem to gravitate to her and her little open arms. We once went to a local farm, Aldor Acres and she had the opportunity to hold a baby duck. She held that little ball of fuzz as if it were an infant, and what did it do? It didn’t try to get away like it’s brothers and sisters with the other children, it snuggled up into the crevice of her neck and fell asleep. That picture I took of her still hangs on her wall, she cherishes just as much as that very moment.

This past Wednesday we went to the Vancouver Aquarium, as we often do being members, and we had an encounter with Chester the Dolphin; one that I doubt we will ever duplicate.

Being a school day, it was rather quiet inside, with only 2 other people in the dolphin exhibit at the time we walked in. Sofia came dancing in with her maple leaf that she’d found in the parking lot, swinging it around as if to be dancing with nature. Chester thought this was pretty amazing and at the moment she pranced by the glass he came to say hello. She chatted and played with Chester for nearly 10 minutes, Sofia talked, and he responded. She spun her leaf and he followed, she giggled and he’d spin. It was something like I’ve never seen, I was in complete awe of both her and Chester, envious of this real life friendship that was forming, I was speechless. A whistler blew and off he went, the show at the waters surface was about to begin. Sofia looked at me and said “mama, can we come back before we go to say goodbye?”. Of course baby girl, of course.

DID YOU see the selfie we took with Chester? After getting over the shock that my child newest bff was a Dolphin I thought what better way to remember this moment than with a selfie. I think the shot was pretty epic!