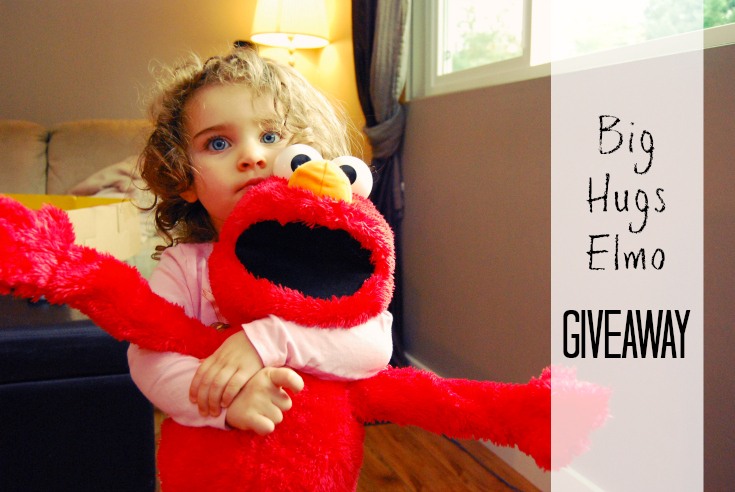 Big Hugs Elmo has been apart of our family now, going on 2 months. Unlike some company, something tells me he will never outstay him welcome, both with children and adults alike. You know, he’s like the “cool uncle” that also supplies the entertainment at parties for young and old without crossing any lines, while still waking early enough to help clean up. Yeah, that’s Big Hugs Elmo cool!

Sofia has released Elmo only on a few occasions through out the last 60 days and I honestly can see why. He’s cozy, he gives hugs, he chats, he’s silly, he sings, he has the cutest little giggles, and his imagination contends with hers flawlessly. What’s not to love?  Elmo has the sweetest little feature that I think maybe one of my favorites to date, on all her toys, and that is his snoring. You see when Elmo is placed on his back he instantly goes into a sleepy-time mode. He winds down, sings himself a lullaby and begins to doze off and snore. Honestly they did not miss out on fancy features for this lil guy, it’s no wonder he has been chosen as one of this year’s hottest toys. Now if you’re trusting of your babes enough to wind down with Elmo in bed he has another incredible feature you’ll love. Flip his switch and he is simply set to only sleepy-time made. He breathes softy, snores sweetly, and drifts away with your babes. I found it acted like a white noise for helping Sofia find her zen, and just doze off. Parents who use this sort of tactic on putting your babes to bed, this might be your saving grace, could you imagine, a stuffy that acts not only as your child’s companion, but also as his soothing routine before bed. #BigHugsElmo GENIUS. 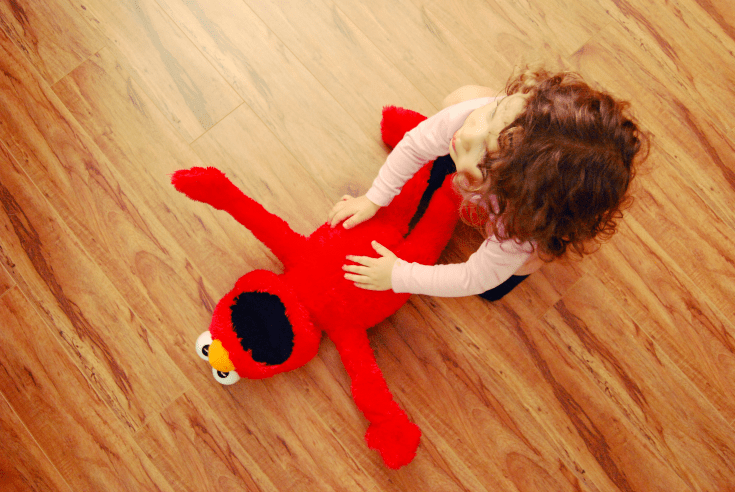 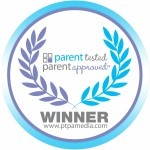 Another neat way to win, along side our giveaway today is with the #SpotTheSeal contest going on with PTPA and Hasbro. Spot the PTPA Seal of Approval while your out shopping, snap an image on your phone and share tagged with #SpotTheSeal via social media {Twitter, Facebook, Instagram} and be entered to win weekly prizes. Cool eh?! More details about that at the link above. But without further ado…

As promised in October, I am once again giving away another beloved Big Hugs Elmo to one of my fabulous reader. I’m so very excited about this. Our first Giveaway in October was a hit, and I can imagine this months will follow in the same path. So thanks to Hasbro, PTPA, and me of course {must toot my own horn every now and again}, we bring to you another Big Hugs Elmo Giveaway!

I am participating in the Hasbro Big Hugs Elmo Blogger Campaign by PTPA Media and received compensation as a thank you for participating. We truly love the Big Hugs Elmo in this house and the opinions expressed on today’s post are honestly our own.