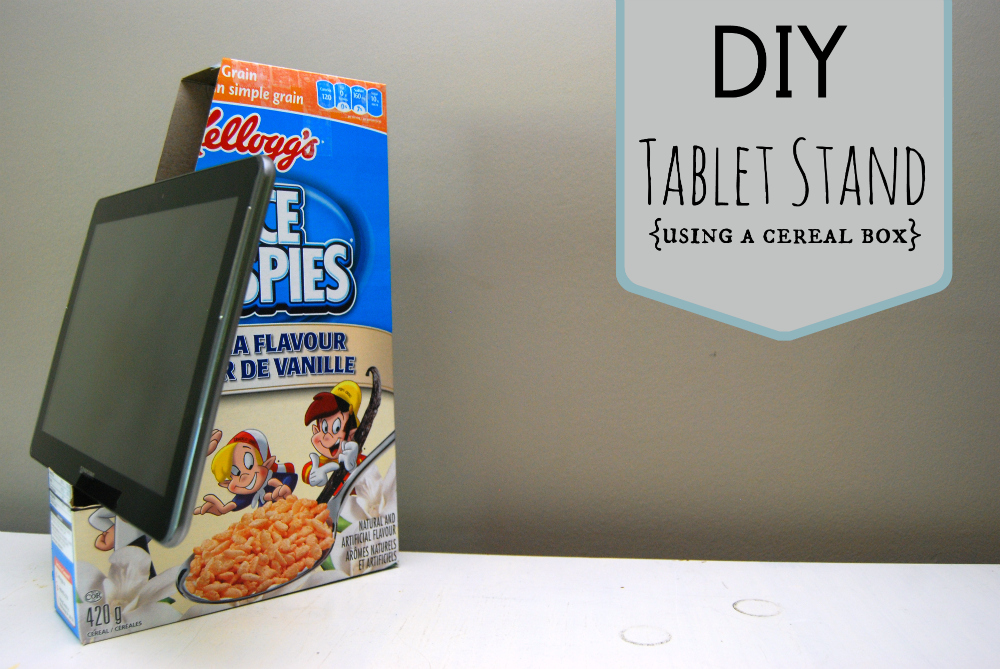 So many cereal boxes, and so little time. What does a mama do with her left over cereal boxes? Apparently anything! Google “Cereal Box DIY’s” and the list is longer than Lindsay Lohans police records. Seriously, creatively crafty people have thought of just about everything when it comes to what you can morph a empty cereal box into.
As we finished up our Vanilla Rice Krispies, I had an idea. This time rather than breaking it down for the recycle, I would hold onto it and find something fun and useful to make. I did just that, yesterday afternoon, during my “baby sleeps – mama works” time. As you all know is a constant battle to feed little miss Sofia Marie, however since learning that she loves to watch cartoons while she eats, I have been trying to figure out a way to keep her tablet close but not too close where she can get her grubby little fingers on it. And so we have the DIY Tablet Stand, from a cereal box.

1. measure up from the bottom, how high you would like your tablet/iPad to sit.
2. Marking both sides of the box, draw a 1″ horizontal line again on both sides
3. From the end of the horizontal line mark a diagonal line up to the top of the box, at the angle you want the tablet/iPad to sit. Do this to both sides matching them exactly.
4. Cut your traced lines out, ensuring you leave a front lip, on the side of the box, to hold the tablet/iPad in its place
* If you wanted, at this point you could paint it, modge podge it, and even cover it in stickers to make it a little less “cereal box”, the call is completely yours. 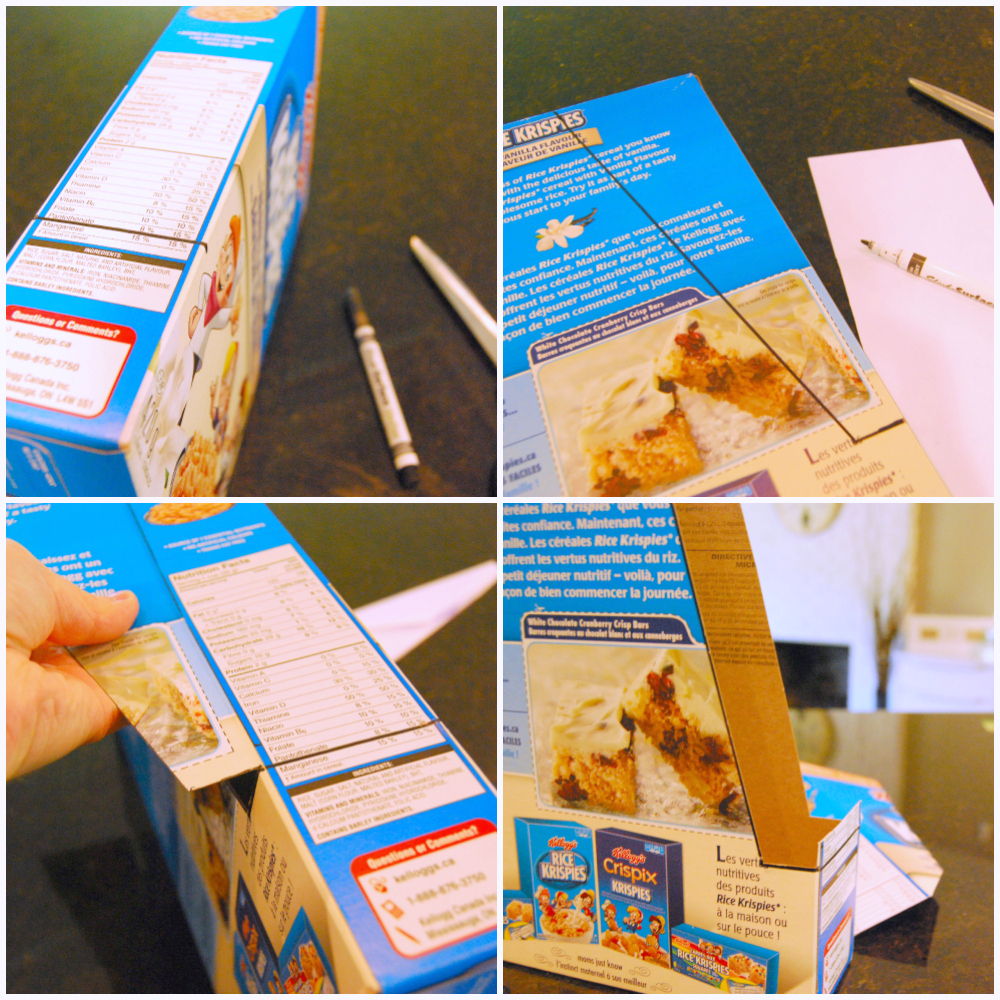