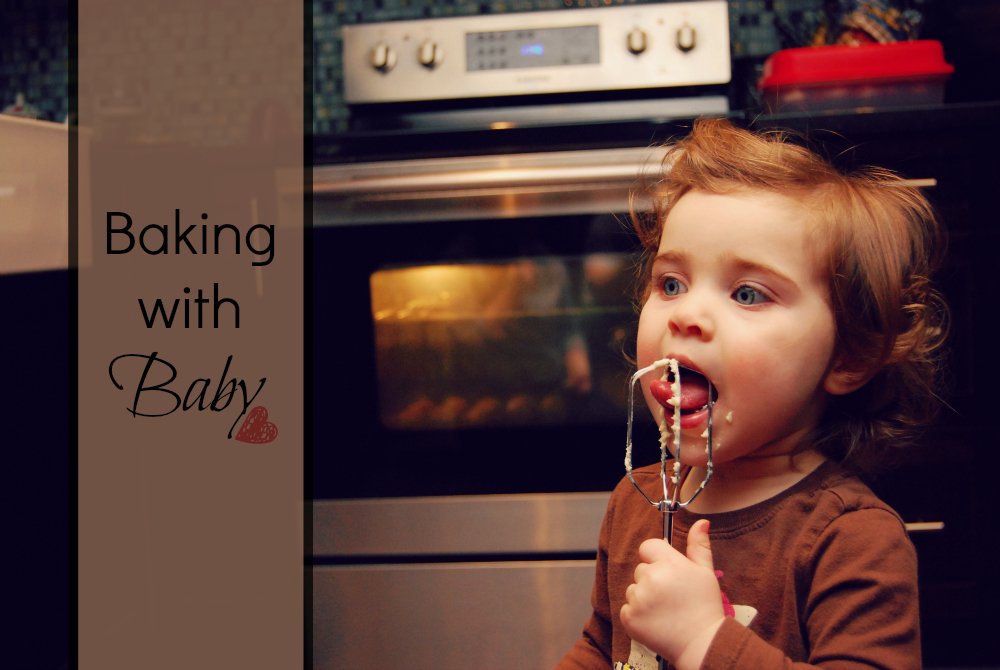 You know, it’s funny how life does a 360. As a child some of my fondest memories are that, that involved baking with my mama. Choosing a recipe, making a mess, and knowing that once the batter has been fully mixed, those beaters would be free for the taking. Licking them clean to the point where they can almost be put back in the cupboard as is, saving the time spent on filling the sink, loading with bubbles and scrubbing them clean. ALMOST!

Although we all know this isn’t the best of food choices for our little ones mouths, its thrown at the waist-side when I know the memories, smiles, and giggles that will come of it. At least I do anyways…
Sofia is coming up on 18 months, and I saw a perfect opportunity for cake-batter-licking when making her some faux-cupcakes for breakfast. You see Sofia is as much of a pre-madonna when it comes to her clothing as it is her palette. She is very particular of what goes in her mouth and this makes for a difficult time when it comes to meal planning. I don’t know what it is about cupcakes, as she is not much a sweets girl, but anything that has a icing-like swirl on the top, she wants and won’t stop talking about it until she gets it. So I got creative and made breakfast cupcakes. Adapting a Apple Cinnamon Muffin to include apple sauce, instead of apple chunks, vanilla Pediasure, instead of milk, and topped with a maple syrup Mascarpone Cheese Icing instead of a royal icing. This way I get fruit, vitamins and protein into this little stinker without the begging, coaxing, and fighting.

We tried them for the first time Friday morning, and it was a complete success. She loves the fact that she can eat a “ka-kake” in the morning, and I love that she is all smiles while I am still wiping sleep out of my eyes.

Tell me lovelies, do you too have battles with your babies on food? I would love to hear your success stories and meals you have won battles with. I’ll need all the help I can get.